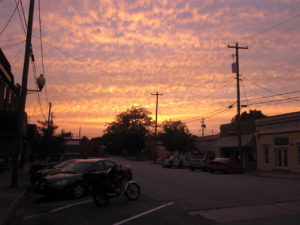 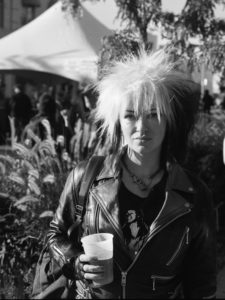 It's Not Much Of a Story

Actually, it's an all to common one. I had a job, a place to live, a girlfriend. Cable and a cell phone. I went out to movies and dinner, and dreamed. Dreamed that one day I would leave it all and travel - see the world, or at least parts of it. It was something I would do someday. Not yet, though. I had bills and, well, a life.

But one day, one week, I had my eyes opened to a simple truth - the secret to life actually. It ends. It ends for all of us, one day we are just about of the time to do the things we always wanted to do. So, I left my job, my house, my girlfriend, even my cell phone, and started traveling.

Back in Wisconsin I met someone with dreams of her own which matched mine. We got married, eventually, and along the way I started writing and taking pictures.

Now, I take a lot of pictures, using old film cameras and old film. Perhaps I'm an artist now, perhaps I'm just someone who sees things in the world and tries to capture and share those moments, those dreams.

We all have dreams, we all have time to make them real. Just Go.